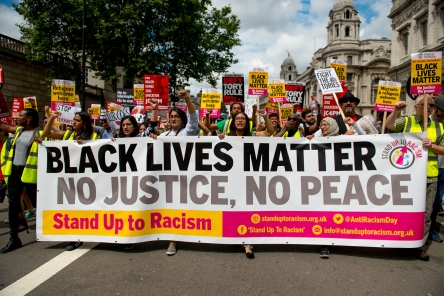 (I searched Dreamstime for a suitable image to portray the diverse themes of Roz’s piece and finally just settled on this image.)
Today’s post is from Roz Griffin. When I went to work in Baltimore’s inner city in 1967 she was the black woman social worker I found in the next office who took me out onto the streets. She became my mentor and guided our staff through conflict related to the stresses of poverty, the racism harbored in all of us and the professional conservatism which worked against appropriate needs for service.

From Roz:
The disorders/uprising that occurred in Baltimore happened  for a number of complicated reasons.  First, I do believe race played a role in the situation but structural racism probably more than individual racism.  I think implicit bias is embedded in society as well as the training of the police.  The concept that behaviors exhibited by a lead affected person such as Mr. Gray initiated an outbreak of violence conceals the definition why the outbreak took place. Those who set the spark may have had little forethought into what they wanted beyond a few minutes of personal relief  rather how to execute actions to extend to their broader communities better lives.  Perhaps, inner and outer peace to empower themselves was part of their output.

When funds were provided to begin to deal with the past manifested problems and those affected were given a role in crafting solutions, the power to participate and the funds were withdrawn because both became threats to the possibility of reordering the structural inequities. These perceived threats were both local and national.  If problems can be defined as either individual and or group pathologies, efforts at resolutions can be evaded. Hence, the prime reaction is to control those who are perceived as dysfunctional. This does not mean that some individuals do not possess the skills and knowledge to navigate for themselves and the community constructive changes.   The police become parties of control even more because few of them are from the city and have minimal stake in its future. Money is only one aspect of the solution because  the idea  of sharing power with the affected remains controversial with many who hold that power think power must be earned by some mythical extraordinary deeds or character attributes. President Obama’s tenure proved that this tenet is even questionable since his intellectual brilliance and legitimacy were under constant scrutiny.

I wish to make another observation that I believe the action is going to have regressive effects with the pronouncements that the federal justice department has decided to return to dealing with those involved with drug use and distribution with extreme prosecution. It appears there will be no distinction among those involved with drugs and the prison industry will be the winner with mass incarcerations of people of color. Another redefinition of the problem is likely to happen when the incarcerated are dominated by the privileged white classes. Consider how opioid overdoses are now medical problems and this was overlooked while the opioids were ravaging center cities and Appalachia. The former mayor of Baltimore, Curt Schmoke was castigated for recommending drug involvement be treated as a public health problem in stead  of a criminal problem.  Think what progress could been made. I guess some believe redefinition is “Making America Great Again.”  Anyone who is conversant with defining drug abuse as human failings during the past centuries is aware of morphine addiction with white women, soldiers and some famous persons that their use was “revised creating special classes of addicts.
The point is that the lessons learned are unlearned when it requires fundamental changes for those who are in power to be uncomfortable and listen to the other and to act affirmatively on the input.
Roz