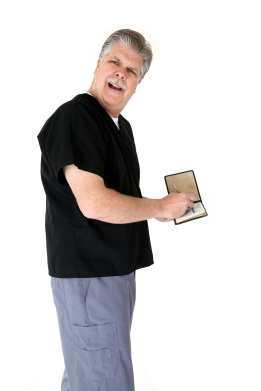 Medications are what we take for health issues unless of course that medication may be something we can take for recreational purposes. And then there is the matter of cost and who benefits from the price of the item and who sells it. It is hardly a clean and open field.

The point of this post relates to management and pricing. And the specific focus is on the crisis we have in this country and much of that has to do with marketing. Back a ways one focus on drugs often related to the dealers in things such as heroin and marijuana. We bungled management of marijuana and succeeded in fostering the development of drug cartels with a particular focus in Central America. That in turn has led to a deep humanitarian crisis in Central America and on our southern border.

One way to foster discussion is to cast the drug companies as a cartel of sort. Prices have been spiraling up and it is out of control, posing a major problem for people of limited means and even average means. $3000 per month for one drug crushes families.

As I noted in another post, I needed to start taking a blood thinner recently. I had a choice between a big pharma product (Xarelto) which cost $7100 a year or a long existing one favored by what I’ll call counter culture types (Nattokinase) that cost $240 per year. I chose the later, not just because of the price differential. The one I chose clearly has thinned my blood but does not cause clotting problems. I also know historically it has a good reputation.

And then there is another issue I also mentioned recently. My mother took a big pharma drug and it gave her Parkinson’s Disease. She died a terrible, prolonged and agonizing death. The company did not have a long history of evaluation of the drug which is also true for many current drugs. They tuck profits away and then they have the money to fund the suits when things go wrong. This is a long and winding road with questionable ethics.

Television is flooded with advertising by drug companies. Their instructions are bizarre and frightening. But it goes on and on. Isn’t the use of such drugs supposed to be an issue between doctor and patient? I’m supposed to make sure the doctor knows my history of illness and other issues. Shouldn’t he or she already know that?The long and short of this is that many countries ban such advertising and it is my belief we should also ban it. Your doctor should help you make decisions.

It is time that we took a long hard look at the marketing and pricing of drugs. And also how their effects are studied. What I hear too often is that the studies may be with very few people. We clearly have a whole set of issues to deal with about the production, utilization, marketing and pricing of drugs. This is a national crisis. And in this climate it can become terribly personal.

Avery had dedicated her life to work for the future of third world women. Her life was enhanced when she met the man who became the love of her life. They could not know that they shared a destiny and that a mission set long ago by our Earth Goddess was to be revealed before