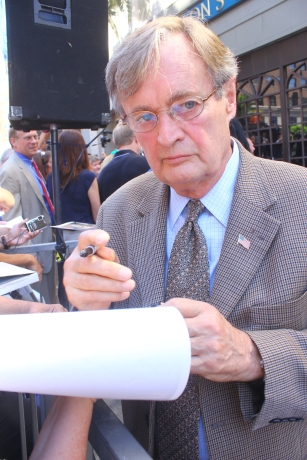 The World of Intelligence Intrigue

Lately there has been a lot off attention regarding Russia and its authoritarian regime. We have seen journalists and opposition leaders murdered. That process is not characteristic of just recent Russian history. I have a story from my past which is germane to current events and how we view our world.

Being in graduate school at Duke University working on my Ph.D. was fascinating in so many ways. The South was having a civil rights war, I found myself deep in Duke University Medical Center and I was meeting all manner of fascinating people. Not the least of whom was Nicolai.

One day a new student arrived. He was older than most of us and had a heavy Russian accent. How curious? In time I learned he had been the head of KGB operations for Eastern Europe. One night we fed him ample vodka and he told us about how his life had been as a high level intelligence operative. Like so many people, he considered himself to have been a patriot. But being a patriot of the kind he had been required to be turned out to be a proposition he could not, in the end, suffer. He decided to defect.

Of course American intelligence was interested and he agreed on a condition. When he went on Radio Free America to announce his defection his wife and children would be picked up by our people and taken out of Russia. We didn’t do it and he lost his family.

Nonetheless he was true to his word partly because he could not accept the moral problems associated with the kind of murderous activities in which he had to be involved. Like other Russians recently working for reform he survived a poisoning with a radioactive substance and came to the United States to study clinical psychology. Interesting choice.

He was a touching individual and I never would have guessed his past. He was such a gentle and respectful person with a deep sense of honor. The stories he told us that night were immensely troubling. But his concluding statement about his past in intelligence was one I will never forget. “You think intelligence work is like James Bond. It is in fact like Get Smart.” In case you don’t remember Get Smart, it was a television comedy series about international intrigue. The players on that stage were often inept if not just plain incompetent. Nicolai was speaking a truth.

It was clear he meant the statement and the details of his life bore out his conclusion. What he conveyed was that we often have a view of things which we hold as truth. But truth is illusory and Nicolai’s story was yet another confirmation that we do, indeed, live on the cusp of reality.

What do you think of Nicolai’s conclusion?

Avery had dedicated her life to work for the future of third world women. Her life was enhanced when she met the man who became the love of her life. They could not know that they shared a destiny and that a mission set long ago by our Earth Goddess was to be revealed before

Let me review. One day at Duke University I was introduced to a new graduate student by the name of Nicolai. His heavy Russian accent was intriguing. Later it came out. He had been the head of the KGB for Eastern Europe and finally, after much soul searching, he defected.
The story is dramatic. Our intelligence service was to get his family and take them out of the country when he went on Radio Free Europe to announce his defection. They didn’t do it and he lost them forever. Later, when he was in Germany, Russian intelligence tried to poison him with a radioactive substance. He survived. That’s the drama.

The Truth Is Spoken

Then there is the other part. One evening Nicolai talked at length about his experiences. The key words he uttered in conclusion were – “You think it is like James Bond. It is, in fact, like Get Smart.” (For the younger generation, Get Smart was a television show which satirized intelligence services.)

Nicolai’s words continue to resonate with me. Especially in our current political environment. What we are seeing displayed is incompetence, disregard for country and corruption among many other things. What we are showing the world is embarrassing.

How Are We To Assess This Specter

Nicolai’s story resonates. In this campaign season, we may dismiss the show as a form of comic opera or are we seeing life as it is? Many of us are shocked at what we are seeing, but, is the truth that this was there all along and we have not seen or experienced it this openly?

Get Smart was meant to be funny but what we are seeing now is anything but funny. Or is it that we should be honest with ourselves and that we are seeing fundamental truths about humanity? It is sobering to realize that these kind of beings were there all along and we need to attend to the fact of their existence. Maybe the recognition is uplifting and useful.

Remember, Nicolai’s job was to safeguard the underbelly of the Soviet Union in Europe. He was to gather intelligence, kill people if necessary and build an underlying defense force for his country. In the end he felt it was all a lie and his job violated his sense of humanity. And so he followed the guidance of his conscience. Wouldn’t it be nice if we had more politicians with his integrity.

Another Form of a Reality Show

The lesson for us is that this is not comic opera. It is reality and it is often dysfunctional and displays the faults and frailties of humanity in its worst forms. We may laugh, but often should cry at what is revealed. Will we see ourselves for who we are including our vulnerability and what is lurking under the surface. That, in itself, is valuable.

Get Smart was for fun but as is often the case with comedy, it displays lessons to which we need to attend. Again we come back to our view of reality. We have to decide how we interpret the events of this season and what we do with it is another matter. And to me Nicolai is a role model. Is it up to us collectively to bring this under control?

What have you concluded?