In writing the Gaia’s Majesty Trilogy I found, even though I had a chart of its arc, that components of it were emergent. Just as the characters emerged as well. To me it was not a story of whatever form. It had to have a future reflective of us and possibilities.

In the scope of things it may be that we are merely a life form that emerged on this beautiful and unusual planet. And in time we may well vanish into the history of the universe leaving no trace whatsoever.

But what I saw was that there is the matter of potential that may lead to our transformation or even possibly some forms beyond who we are just now.

Exploring Us and Our history

In mythology we see themes in human existence as well as our development. In gods and goddesses we view ourselves but our future as well. It seems we take the hopes of our youth into thoughts about what might be to come. We are restless and often not willing to accept how it is right now for ourselves personally or collectively. In our recent past we see the acquisition of culture and language and now so many more things.  I say “recent past” because it is apparent that we have been developing for millions of years, but it is in the last thousands of years we see a sudden “maturation” and acquisitions of new skills. And now technology is thrusting us forward in a whole new way.

We regard history, but also regard our future. Parts of who we are seem little changed. But other parts are intriguing.

When we look at human history we see some things which change little although on the surface there is difference. For much of our history we had ruling families and still do. We had kings and now we have people we are calling oligarchs. They simply direct and rule our lives in different ways. But developmentally there has been a change at the same time as we have struggled to acquire and maintain democracies where the mass of people actually have a say in government. It is a struggle to maintain it nonetheless.

Without warning come new themes such as the liberation of women. I know I say this over and over but I’m intrigued about what this movement may mean. Suddenly we have women participating in a way which goes beyond what has gone before.

Our lives are woven together. There is chaos and cruel brutality even as there is caring for those amongst us. While some may care not at all about the welfare of others, there are some who set up beneficial foundations of all kinds.

The Call of a Future

One purpose fiction can serve is to stir us to examine not just ourselves personally but as creatures on this earth. We see some marked changes over time and emergent themes born of dreams and hopes. But what is intriguing is the possibility not just for fundamental change but what may mean transformation. It may come upon us or we may grasp and trigger it. It is up to use individually and collectively. The two themes of Mysterium and Malestrom in this trilogy relate to interplay of fundamental force. We may give them names as we search and explore. It all grows out of asking “What if?” as a means to draw us forward to an intriguing future.

(Available now in Kindle and paperback on Amazon.)

Avery had dedicated her life to work for the future of third world women. Her life was enhanced when she met the man who became the love of her life. They could not know that they shared a destiny and that a mission set long ago by our Earth Goddess was to be revealed before them. 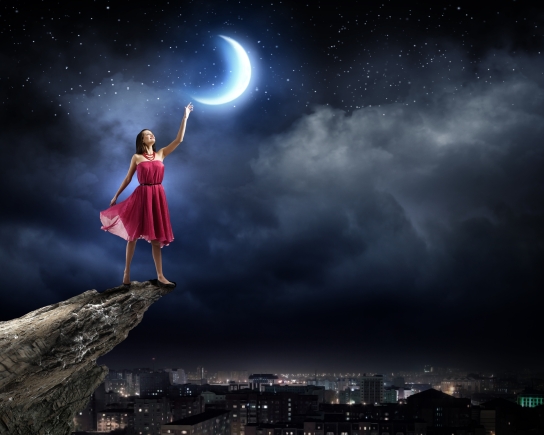 Is there someone who travels with you?

She never told me her name. I call her Companion. Often she sits looking off toward a distant horizon seeming deep in concentration. I wonder what holds her attention but do not ask. I think I know.  Clearly she has a world of her own but I know she is there for me. In fact, while I don’t know her name, I know who she is.

Every man travels through life with a woman inside of him—his anima. Our relationships with them vary considerably. A man’s anima may take many forms and may be touching, loving, a dangerous seductress, a harridan. What form of her a man carries is a mystery. If we are fortunate, we discover her and her purpose for us. Or at least she may be a resource.

To me my Companion is a loving creature. In times of pain or desolation I call her. She comes to me and we rarely speak. She knows what I feel and we talk in feelings. To travel through life with her is a great gift I don’t know why I deserve. But she gives balance and richness in feeling and perception. Her perceptions are rich and revealing of truths too often beyond easy grasp.

She is part of me but also a spirit and I believe I know what holds her attention in that place far away. It is the meaning and substance of the Tethyan people Companion has brought me.

On Earth we wonder about the destiny of humankind. We seem to grow in fits and starts from our conflicts and presently appear to be entering a culmination. Companion introduced me to the Tethyans and their story suggests the meaning of the empowerment of women. Opposition to that empowerment is strong and bears only bitter fruit but the roots of our beings suggest it is women who will bring fulfillment and help us harvest beauty and quite probably a transformation.

Companion inspired me to write the story of the Gaia’s Majesty Trilogy. The process is rich in conflict but also promise. We cannot be sure, but it seems there is a process of development of a kind we may not have yet perceived. It is all potential and we can hope it will be inspiring. It is a matter of asking what might be and exploring alternatives.  Through empowerment comes true partnership between men and women which brings a joining or interface between the two universal forces of the Mysterium and the Maelstrom. I will explain a possibility and it is best done through the story which is now unfolding.

For me life means being enticed to search possibilities. All things may have meaning but typically are not definitive. It is what they may be or could be or where they might lead that constitute the real venture of life that we have been given. The title of this blog is Cusp of Reality because that is how I perceive the world. There is no firm reality and, as you will see, the common theme of the coming posts is possibilities.  As I said in a previous post my third grade teacher told my mother that I had a lot to offer when I was in class. That meant I had taken a statement or a thought and flown out the window to explore it. And I continue the explorations in the blog posts to come.

Do you have a form of companion?